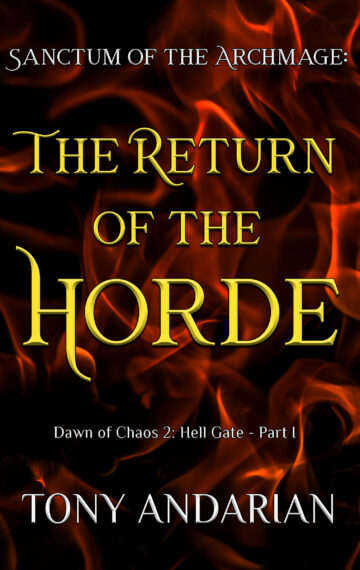 The Return of the Horde is currently available direct from Andarian Publishing. It is also available for pre-order from all major online bookstores, where it will be released on March 24, 2022.

Prologue to Chaos continues in Hell Gate: The Return of the Horde, the second episode in Sanctum of the Archmage: Dawn of Chaos.

The Demon Horde returns to Carlissa with the opening of the Hell Gate. Can the land’s heroes survive its sudden and brutal onslaught? And even if they do, can they stop it from conquering the world?

The Return of the Horde will continue in Hell Gate, Part II: The Ring of the Killravens.