Sanctum of the Archmage

𝙎𝙖𝙣𝙘𝙩𝙪𝙢 𝙤𝙛 𝙩𝙝𝙚 𝘼𝙧𝙘𝙝𝙢𝙖𝙜𝙚 is the story of heroes who fought to bring peace and freedom to the Kingdom of Carlissa. Led by a warrior princess determined to save her people and a mysterious figure known as “The Miracle Worker,” they came from different lands and backgrounds, but had one thing in common: an uncompromising refusal to submit to evil. And as they soon learned, their struggle was only one part of a wider conflict, of a cosmic war between light and dark that had been going on for thousands of years.

Prologue to Chaos, a novella introducing the Sanctum of the Archmage Saga, is now available for purchase or as a free download here. The first volume in the series, Dawn of Chaos, was published in April 2017. It has now been re-released as a trilogy of three books: Prologue to Chaos, Hell Gate, and Aftermath. It will be followed by Volume Two of the saga, Crucible of Heroes.

Ten volumes are planned for the full series. Here is the current outline for the saga, including working titles. My plan is to structure it into volumes, each composed of shorter e-books that will first be published individually. The volumes will then collect those e-books into a more traditional full-length fantasy novel, for release in e-book, print, and audio formats. 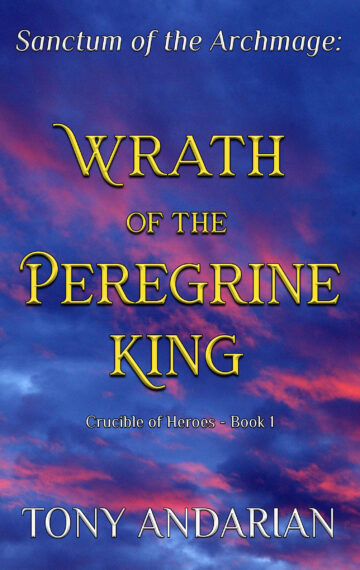